The Mecum Auto Auction had plenty of eye candy on display at the Indiana State Fairgrounds on May 13-17. Building after building was lined with hot rods, classic cars, and everything in between. Here are a few that caught our eye. 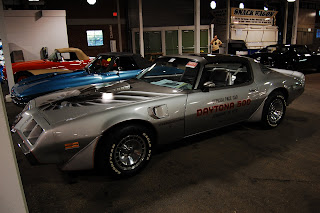 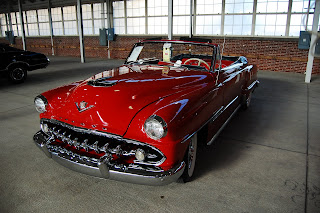 It would be fun to show up to a driving school in this, especially if you were to tell your instructor “This is my first time doing a school, but I’m awesome at drifting”! 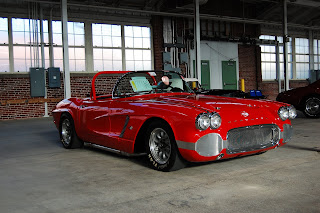 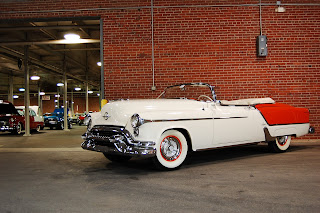 This RV was self-proclaimed “Better than Prevost!” 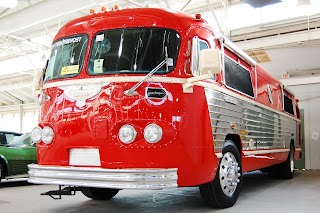 After the cars ran through the auction block, they had some neon signs available. 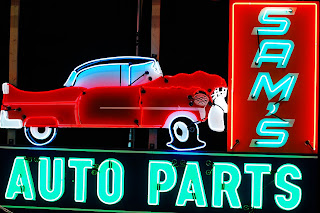 Tragically, Mr. Goodwrench has been laid off due to GM cut-backs, so the dealer no longer needed this sign: 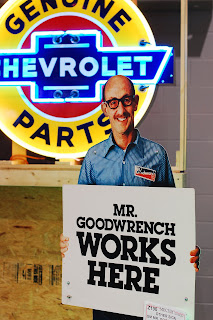 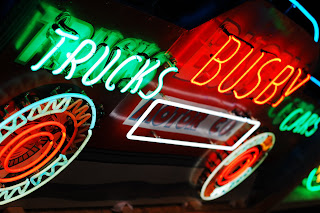 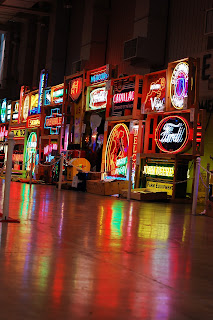 We had our eye on this double-sided, lighted gem…but it sold for a little more than we were willing to pay. 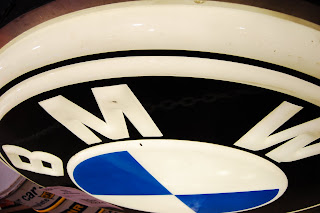 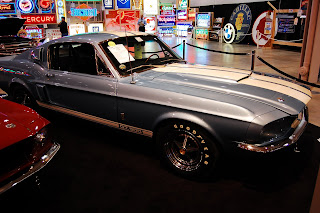 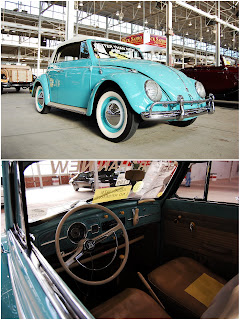 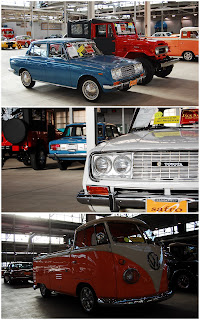 It may be hard to see, but check out the grenade gear shift knob! 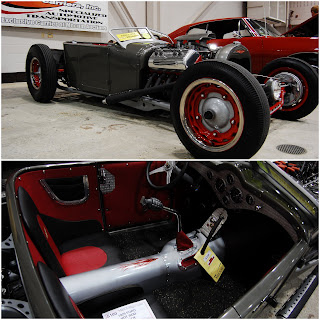 This display drew plenty of attention. Velvet ropes surrounded the area, as well as some security guards. 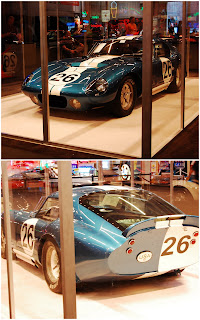 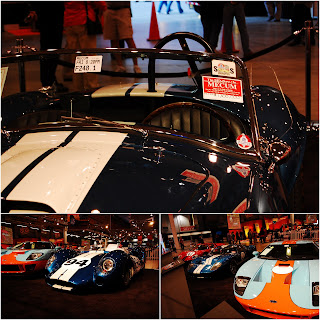 It is rare to see this many REAL Shelby cars in one place. On Saturday, two of the Cobra roadsters were marked 1,300,000 – no sale (reserve not met). On Sunday one of these was marked “SOLD”…. 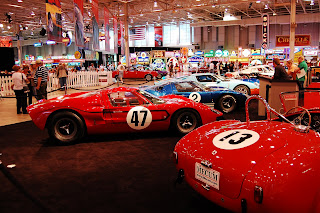 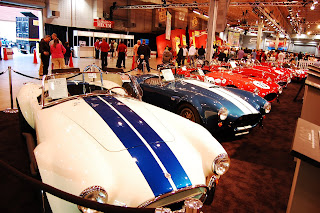 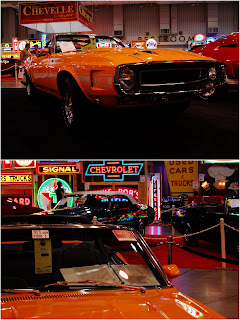 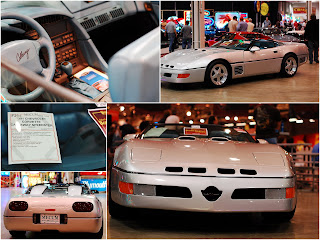 Now this is what happens when two late 70’s corvettes have too much to drink…. 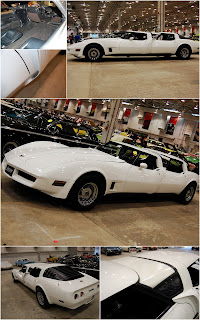 After cruising the many buildings, we watched the end of the car auctions and some of the neon sign auctions before calling it a night.